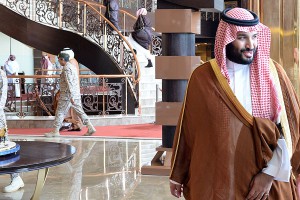 “The alliance will share intelligence and train, equip and provide forces if necessary,” he told reporters in Paris.

When asked if they would provide troops on the ground, the minister said “nothing is off the table”.

Al-Jubeir expected the number countries who will join the new alliance to increase.

He described the alliance as “a sign of the Islamic countries’ commitment to the fight against terrorism.”

Saudi state news agency SPA reported a statement saying the new coalition would have a joint operations centre based in Riyadh to “coordinate and support military operations”.