You are here: Home / Mediterranean / Saudi army grant to be implemented soon 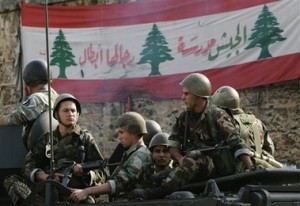 The Saudi grant to the Lebanese army is not facing new obstacles and should be implemented “soon, reported al-Joumhouria newspaper on Saturday.

A high-ranking military source told the daily that “some technical details need to be addressed.”

A source close to French Defense Minister Jean-Yves Le Drian told Agence France Presse that the second wave of the French gear will be delivered to the army in the spring.

This new batch will include military clothes and communication devices, said the source.

The new Saudi leadership had reassessed the concerned contracts linked to the deal after King Salman ascended the thrown in 2015, it explained in justifying the delay in the implementation of the deal.

Saudi Arabia and France have reached an understanding that Lebanon should be “kept away from the Syrian crisis and the best way to achieve that lies in bolstering the institution that transcends sectarianism, meaning the army,” added the source.

The military deal was first announced in December 2013.

France is expected to deliver 250 combat and transport vehicles, seven Cougar helicopters, three small Corvette warships and a range of surveillance and communications equipment over four years as part of the $3 billion (2.8 billion-euro) modernization program.

It is being entirely funded by Saudi Arabia, which is keen to see Lebanon’s army defend its borders against jihadist groups, particularly the Islamic State group and al-Nusra Front.

In April 2015, Lebanon received the first shipment of $3 billion worth of French arms under a Saudi-financed deal to boost the country’s defensive capabilities to combat terror threats, along its northeastern border in particular.