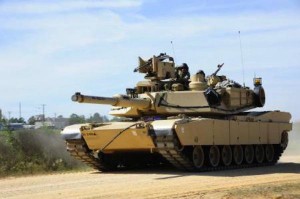 Saudi Arabia is sending a “strike force” to its border with Yemen, Saudi-owned media reported on Monday, hours after the kingdom’s forces and Houthi rebels in Yemen traded heavy artillery fire.

The Saudi-owned Al Arabiya Hadath TV channel broadcast pictures of a column of tanks loaded onto military trucks and described it as “the arrival of reinforcements from the strike force to the border”.