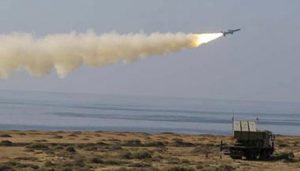 Saudi Arabia said it had intercepted a fresh missile attack by Yemeni rebels on the south of the kingdom and renewed its accusations that arch-foe Iran had armed them, like reported by dailymail.co.uk.

The Huthi rebels said on their Al-Masirah television channel that they had fired two missiles at Saudi border provinces but there was no immediate mention of a second from the Saudi-led coalition that has been fighting them since 2015.

The rebels said they had fired a second at a military base in Najran province, inland and just across the border from their stronghold of Saada.

In a statement on the official Saudi Press Agency, Maliki accused Iran of arming the Huthis “in clear and explicit violation” of UN Security Council resolutions.

Since November, the rebels have fired multiple missiles into Saudi Arabia, all of which Saudi forces say they intercepted.

Riyadh and its allies imposed a crippling blockade on rebel-held ports in retaliation for that missile launch which has been only partially lifted despite a mounting international outcry over the humanitarian consequences.

More than three-quarters of Yemenis are now in need of humanitarian aid and some 8.4 million at risk of famine, the UN humanitarian affairs office said on Tuesday.

More than 5,000 children have been killed and 400,000 left severely malnourished, the UN children’s agency said.

A report by a UN panel of experts earlier this month found Iran in violation of Security Council Resolution 2216, which imposed an arms embargo on rebel leader Abdulmalik al-Huthi.