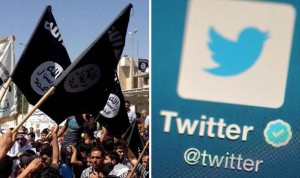 There are more Twitter accounts created by ISIL supporters in Saudi Arabia than anywhere else in the world, according to a Brookings Institute study.

There were 866 accounts created by ISIL supporters in Saudi Arabia during September-December 2014, according to Brookings, while there were 507 and 453 in the militant group’s strongholds of Syria and Iraq, respectively.

There also were a significant number – 400 – of ISIL supporter accounts in the US, while Tunisia, which is believed to have the highest number of citizens who have gone to fight with the group, ranked 10th with 125 accounts.

About three-quarters of ISIL supporters selected Arabic as their primary language when using Twitter, while one-fifth chose English, according to the analysis.

The ISIL-supporting accounts had an average of about 1000 followers each, considerably higher than an ordinary Twitter user, and were much more active than the non-supporting user, the Brookings Institute said.

It estimates at least 46,000  Twitter accounts were used by ISIS supporters between September and December 2014, although not all of them were active at the same time.

“Much of ISIS’s social media success can be attributed to a relatively small group of hyperactive users, numbering between 500 and 2,000 accounts, which tweet in concentrated bursts of high volume,” the report says.

At least 1000 of ISIL-supporting accounts were suspended by Twitter.

“Being a user-generated content platform, as are many other platforms like YouTube, it’s a challenge when 500 million tweets are made a day, so we rely upon the community of users to identify those users and that content which is in violation of the terms and conditions, so we can rapidly and expeditiously address the issue,” he said in an exclusive interview.

“We are very fortunate to have a deeply engaged user base who care a lot about the civility and the constructiveness of the dialogue on the platform. Luckily those users have worked very hard to help us find those offenders and we take those accounts down, we remove those users and that content. But it’s an ongoing activity, it’s an ongoing process, it’s not something we can do one time and move on; it’s requires vigilance and engagement.”