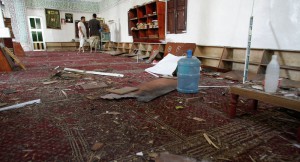 The detentions occurred over the last several days all across the country, Al Hayat pan-Arab newspaper reported.

On May 22, a suicide bomber carried out an attack at a Shia mosque in Saudi Arabia’s Eastern Province, killing over 20 people and injuring more than 100 others. A week after the incident, another Shia mosque in eastern Saudi Arabia was hit by a suicide bombing that killed four people, including the bomber. The ISIL jihadist group claimed responsibility for both attacks.

Saudi Arabia is a Sunni Muslim kingdom, with its Shiite minority living mostly in the east of the country. In late May, amid the anti-Shia attacks, the residents of the Saudi Eastern Province organized a spontaneous protest, blaming the authorities for the failure to ensure the security of the Shiite region.

According to the Saudi Interior Ministry’s Bureau of Investigation, the Islamic State has been operating in Saudi Arabia since the beginning of 2015, and has been actively recruiting young people and children via social networks.

Islamic State is a Sunni radical group in control of vast territories in Iraq and Syria. A number of ISIL cells, with local insurgent groups pledging allegiance, are also known to operate in Libya, Yemen and other territories across the Middle East and North Africa.