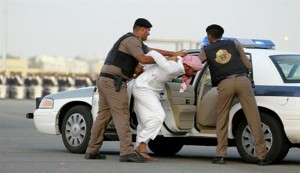 The raids took place as part of the preemptive operations to prevent terror plots. No official confirmation was made by the interior ministry yet, although the portal confirmed the confiscations of guns and sharp objects with the arrestees.

Saudi Arabia has been engaged in a war against terrorism for years, especially the Islamic State militant group.