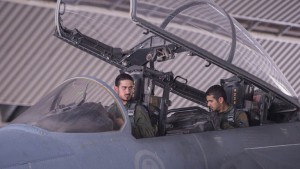 Saudi Arabia has announced a five-day ceasefire in Yemen’s war to facilitate aid to civilians in need.

Foreign Minister Adel al-Jubeir made the announcement at a news conference with U.S. Secretary of State John Kerry.

That means the Saudi-led coalition of Arab countries will cease airstrikes in Yemen. Al-Jubeir said he hoped Iran-backed Houthis rebels will halt attacks on the ground.

Aid groups say millions of Yemenis are in need of food, fuel and medicine.

It was unclear when the so-called “humanitarian pause” would start.