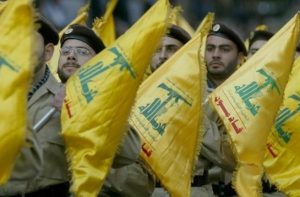 Saudi Arabia state security said Wednesday that it has added 10 Hezbollah militia leaders to its terror list, five of whom are the Lebanese militia’s Shoura Council members, like reported by albawaba.com.

In a statement, Saudi Arabian state security said that its centre dedicated to fighting terror funding will persue Hezbollah leadership, their properties and finances.

The statement added that Gulf countries have listed ten members of the militia, considered a terror group in the region, and four entities on its terror list.

Lebanese Hezbollah militia military and political wing, the statement reiterated, is a terrorist organization, and the militia and its main backer Iran are responsible for suffering in Syria and violence in Iraq and Yemen.