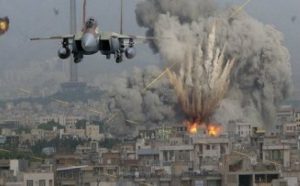 Eight women and a child were killed in an overnight air raid on a funeral reception near Sanaa, medics in the Yemeni capital said.

At least 10 more women were wounded, according to medics.

Huthi rebels in Sanaa accused a Saudi-backed coalition of carrying out the strike. A coalition spokesperson was not immediately available for comment.