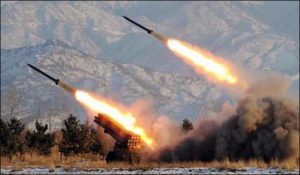 Two explosions were heard in the city, according to an AFP photographer.

The rebels also claimed the Jizan attack, via their Al-Masirah TV.

Riyadh has long accused its regional rival Tehran of supplying the Huthis with ballistic missiles.

Saudi Arabia launched a military coalition in Yemen in 2015, aimed at rolling back the Huthis and restoring the internationally recognised government to power.

The Huthis have in recent months intensified missile attacks against Saudi Arabia.

The latest salvo came a day after US President Donald Trump exited the Iran nuclear agreement, which he criticised for not including measures to curb Tehran’s ballistic missile programme.