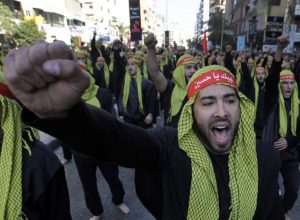 In concert with its effort to counter Iranian regional influence, the Trump administration has ramped up actions against Tehran’s main proxy force, Lebanese Hezbollah, like reported by thecipherbrief.com.

In a November 13, 2018 speech, the State Department’s Coordinator for Counterterrorism, Ambassador Nathan Sales, stated that ‘Hezbollah’s ambitions and global reach rival those of Al Qaeda and ISIS [the Islamic State organization].’ Ambassador Sales also reiterated an assertion, first raised by a top Treasury Department official in June 2018, that Iran provides Hezbollah with an estimated $700 million per year—a figure more than three times higher than the $200 million previously cited by U.S. officials.

The administration and Congress have responded to the threat from Hezbollah with economic sanctions, the same tool policymakers have long relied on to counter the group’s sponsor, Iran. On October 25, 2018, President Trump signed a bill into law that vastly expanded the authority of the Hizballah International Financing Prevention Act of 2015. That law, which is modeled on a 2010 law imposed against Iran, allows the government to deny any foreign bank that wittingly or unwittingly conducts a significant financial transaction with Hezbollah, its affiliates, or partners, access to the U.S. financial system. On November 13, the Treasury Department sanctioned three Hezbollah operatives and financiers, as well as their Islamic Revolutionary Guard Corps- Quds Force (IRGC) facilitator, for activities in support of Shia militia forces in Iraq. In recent years, successive U.S. administrations have sanctioned hundreds of Hezbollah-related entities for actions in the Middle East, as well as illicit smuggling and other economic activity in the United States itself. In addition to money from Iran, Hezbollah maintains a diverse financial portfolio, including a range of criminal activities such as drug trafficking, counterfeiting and money laundering.

Still, economic and financial sanctions are unlikely to prove effective in curbing the threat from a non-state actor such as Hezbollah, which has little or no known U.S.-based licit assets or economic engagement that can be blocked by American sanctions. Hezbollah is not a global exporter that depends on relationships with major international companies and banks. Therefore, threatening international banks and companies with exclusion from the U.S. market for dealing with Hezbollah does not affect the group in nearly the same way as it would affect a global oil exporter like Iran. Furthermore, the U.S. government is unlikely to sanction the Lebanese economy to compel Beirut to move against Hezbollah. Doing so could cause economic and political instability in Lebanon that would likely strengthen, not weaken, Hezbollah, while simultaneously harming the portion of the Lebanese public that does not support the so-called ‘Party of God.’

The administration has combined its sanctions policy with efforts to counter Hezbollah militarily, although not directly. The administration supported, through sales of precision-guided weaponry, Israel’s bombing of Iranian weapons transshipments to Hezbollah via Syria. Such Israeli strikes have been a feature of U.S. and Israeli policy for many years prior to the Syrian civil war that began in 2011, and the strikes have become more frequent since Iran has developed a military infrastructureinside Syria. The United States has also provided Israel with extensive technical and financial help to deploy sophisticated missile and rocket defense technology, although this network is still assessed as insufficient against Hezbollah’s arsenal of more than 100,000 Iranian-supplied rockets and short-range ballistic missiles. If the current U.S. policy approach fails to effectively counter Hezbollah as the major threat U.S. officials assert that it is, the administration might feel compelled to undertake direct military action. However, any U.S. military action against Hezbollah is certain to prompt retaliation by Hezbollah, and possibly by Hezbollah’s key protector, Iran, and produce a wide regional conflict with no clear resolution, as well as attacks in the West.