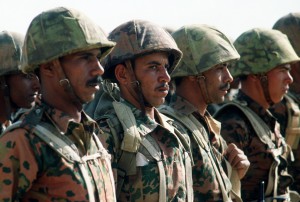 Tomislav Salopek was kidnapped three weeks ago as he travelled in Egypt, about 14 miles west of Cairo. The Croatian national was working as a surveyor for a French oil and gas company. Now, a jihadist group associated with Islamic State – Sinai Province – has posted a photo online purporting to show his decapitated body. The Croatian government said that it has not yet been able to confirm the murder, but that it fears the worst. If the death is confirmed, it will be the first time that a western hostage has been beheaded by jihadists in Egypt. Another foreigner, American petroleum engineer William Henderson, was found dead in a car in the western desert in August 2014. The same group claimed responsibility for his death.

The abduction is a tragedy for Salopek’s family. It also points to a dangerous new phase in Egypt’s poor security situation. The Sinai Peninsula is a restive area that has, for years, been home to various violent jihadist groups. But they are stepping up the scale and complexity of their attacks. It has thus far been relatively rare for westerners to be targeted in Egypt. Salopek was not wandering in the desert when he was seized; he was close to the outskirts of Cairo. This could have serious implications for Egypt’s economy and the government’s plans of attracting foreign investment. CGG, the French company which employed Salopek, said it might scale back its operations in the country as a result of the murder. The oil giant BP, which has thousands of employees in Egypt, declines to comment but said that it was “closely monitoring the situation”.

The group Sinai Province was known as Ansar Beit al-Maqdis until it pledged allegiance to Daesh in November 2014 and changed its name. Previously, it had focused on attacking Israeli targets with rockets, but since the ousting of Mohamed Morsi in 2013, it has focused on Egypt’s security forces. It is currently the most active insurgent group in Egypt, and has been linked to a number of deadly attacks. These have mostly been centred in North Sinai, but there have been some incidents in other regions, including Cairo. At the start of July, it staged a number of attacks against the army. Numerous analysts argued that the scale of these attacks indicate closer coordination with ISIS leadership in Syria. The beheading of a western hostage will cement that impression; echoing, as it does, Islamic State atrocities. There has also been a dramatic upsurge in the group’s media output; it has produced videos urging Egyptians to avoid cooperating with the authorities. It is thought that Sinai Province aims to take control of the Sinai Peninsula and turn it into another region controlled by ISIS. As in some of the Iraqi regions where ISIS was able to take control, the population in Sinai is marginalized and therefore more inclined to be supportive of militants.

The Egyptian government declared the province to be in a state of a emergency in October 2014, after an attack killed 33 security personnel. That means a strict night time curfew, restrictions on telecommunications during the day, and airstrikes which have destroyed targets where militants are suspected of hiding. The Egyptian Prime Minister, Ibrahim Mehleb, has described the army’s confrontation as a “state of war”. America has expressed concern about the situation in Sinai, and has promised increased security cooperation with Egypt. The US secretary of state John Kerry said recently that America was planning to resume the joint military exercise that was suspended in August 2013 after the violent crackdown against supporters of Morsi, who had been ousted by the military. The hundreds of millions of dollars in military aid that were suspended by the US are being gradually reinstated. Kerry said that the US was also exploring the options for increasing training of the Egyptian military, and helping Egypt to police its border with Libya.

During his visit to Cairo, Kerry expressed some concern about Egypt’s deteriorating human rights situation. “The success of our fight against terrorism depends on building trust between the authorities and the public,” he said at a news conference. “If that possibility does not exist, then, regrettably, more misguided people will be driven to violence and there will be more attacks.” The Egyptian Foreign Minister, who appeared with Kerry, defended his government’s jailing of demonstrators and journalists.

Kerry’s comments follow some pressure in Washington to highlight Egypt’s record on human rights. A group of bipartisan senators wrote last week: “Choking off all peaceful and legitimate avenues for dissent coupled with unaccountable institutions fuels violent extremism and increases the likelihood of long-term instability.” This gets to the heart of the issue. Fighting militancy with force alone is not enough; there needs also to be a serious look at the longer term issues that drive people to extremism in the first place. The fact that in the two years since the state stepped up its actions against militant groups, these groups have grown in size rather than diminished, is evidence enough of this. Speaking to reporters, Kerry emphasised the risk that young protestors who have been imprisoned could be radicalised in jail. It is right that he is expressing these concerns, but given that they are tacked on to an announcement of increased military spending and cooperation, it does not seem that any real pressure has been applied.