You are here: Home / West Asia / Sale of missiles for counter-terrorism operations inside Pakistan 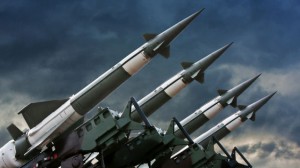 The US has defended a proposed arms deal with Pakistan worth nearly a billion dollar to sale attack helicopters and missiles, saying the weapons would be used for internal counter-terrorism operations, wrote DeccanHerald. .

“This proposed sale of helicopters and weapons systems will provide Pakistan with military capabilities in support of its counter-terrorism operations inside the country,” State Department Deputy Spokesperson Marie Harf told reporters.

“They are for internal counter-terrorism uses inside Pakistan – so to be very clear about that, going after terrorists inside their own country,” she said. The USD 952 million deal approved by the State Department involves the US supplying Pakistan with 15 AH-1Z attack helicopters, 1,000 Hellfire missiles, engines, targeting and positioning systems and other equipment.

“We obviously have many ways of monitoring how weapons we sell to any country are used in terms of end use and how we monitor that. That’s obviously something we care very deeply about,” Harf said when asked whether the US is confident that Pakistan is going to use the aid for the purposes in which it is being sold and not against India. “Do you trust the Pakistanis?” she was asked.

“This isn’t about trust. This is about being able to see where our weapons go, see what they’re used for, and that’s something we are confident we are able to do,” she said.
“We have a very close counter-terrorism relationship with Pakistan for very good reasons. There’s still a serious threat in Pakistan from terrorists who have either attacked the US or American soldiers in Afghanistan, who have tried to plot and plan against the West, including the US,” she said.

“Obviously, the remnants of core al-Qaeda are mainly in the tribal areas of Pakistan. So the Pakistanis have a serious problem still, and that’s why we’re trying to help them. This is in our national security interest to do so,” she said.

In a statement, the Defense Security Co-operation Agency yesterday said the proposed sale of helicopters and weapon systems will provide Pakistan with military capabilities in support of its counter-terrorism and counter-insurgency operations.

Pakistan’s volatile northwest has been fiercely battling homegrown Taliban insurgency that was revived in 2004. The country’s army have been engaged in a full-scale offensive against the militants in North Waziristan since last year.