You are here: Home / Europe / Salafists want to establish their own Islamic State in Germany 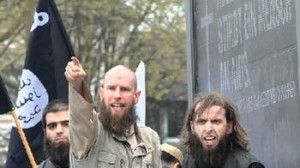 The President of the Federal Office for the Protection of the Constitution (BfV), Hans-Georg Maassen, said he fears that radical Islamists want to establish their own state in Germany.

Maassen told the Frankfurter Allgemeine that the growth of the Islamist scene in Germany is “unrestrained”. He said:

“The breeding ground for fake jihad is growing too. Salafists [a movement within Sunni Islam that references the doctrine known as Salafism] want to establish an Islamic state in Germany.”

He said the strongholds of radical Islamism remain in North Rhine-Westphalia, Berlin and Hesse. Around 680 Islamists are believed to have travelled from Germany to Syria or Iraq. One in three of them had now returned. “The exit stream to the combat zones continues unabated,” Maassen said.

His committee report, published on Wednesday found that ISIL is making great use of media and social media in its ‘cyber jihad’ campaign. It said this included the use of “shocking images” as an element of “psychological warfare.” Maassen said he fears that this will be extended to a “fight against infidels on the virtual battlefield.”

According to Euro-Islam.info, Germany has the largest Muslim population in Western Europe after France. Approximately 3.0 to 3.5 million Muslims live in Germany, and 80 percent of them do not have German citizenship; 608,000 are German citizens. 100,000 of them are German converts to Islam.

Seventy percent of the Muslim population is of Turkish origin. Turkish immigration to Germany began in the 1960s in response to a German labor shortage.

While these laborers were expected to leave Germany after their work was completed, half of them ended up staying in the country.

At first the immigration was predominantly men, but they were eventually followed by their wives and families..