You are here: Home / Africa / Sahel after Taliban victory in Afghanistan 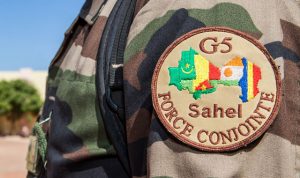 The Sahel and the states bordering it are sites of significant jihadist activity that will derive considerable encouragement from the Taliban victory in Afghanistan: Islamism will be on the upswing everywhere, like reported by hoover.org.

In the Sahel in particular, such violent extremism plays out against the backdrop of weak political structures, poor governance, intercommunal conflicts, and profound economic challenges. These are poor states with growing populations. This is also a region in which America’s great power rivals, China and Russia, have shown increasing interest. Moreover, the potential for significant flows of refugees or economic migrants could lead to disruptive political repercussions in the domestic politics of U.S. allies in Europe, which would put further strains on the European Union and NATO. There are evidently plenty of reasons for U.S. policy makers to pay close attention to developments in the Sahel with an eye to addressing the endemic problems.

Yet in the wake of the defeat in Afghanistan, it will be difficult to muster much interest, whether in the foreign policy community or the public at large, for any engagement in a region seemingly far from American interests. The argument that there are nonetheless American national interests at stake in the Sahel immediately faces the resistance of a broader policy discussion moving in a different discussion. The insistence on a pivot to Asia, now a well established feature of American strategic thinking, likely precludes any pivot to Africa, despite the instability in the Sahel and the dangers that accompany it. Yet despite the difficulty in mounting an argument for the relevance of the Sahel for US interests, it would be short-sighted for Washington to ignore the real threats taking shape across this important region.

The purported rationale for the departure from Afghanistan involved the need to free up resources that could be better used elsewhere, in particular in the western Pacific in order to counter Chinese ambitions. The costs of the war in the land-locked Central Asian country were judged to be undermining the American capacity to effectively confront the new strategic challenge of great power competition with Beijing. Yet if Afghanistan, which in fact borders on China and might therefore have provided a certain geostrategic advantage, especially with Bagram Air Base, was deemed merely a distraction from the primary rivalry of our time, regions still further removed from the South China Sea and the Indo-Pacific are even less likely to attract genuine strategic attention. This holds for the various crises ringing the Mediterranean, from Lebanon to Tunisia and Libya; the pivot to Asia has always meant the deprioritization of this Middle East.  But the privileging of East Asia also means minimizing the importance of the growing instability in the Sahel region. The prevailing argument after the departure from Kabul would seem to be that involvement in any of these conflicts can only divert the United States from responding to the first order of business, the Chinese challenge.

Examined more closely, this argument is deeply flawed. The competition with China is not at all  limited to the western Pacific. On the contrary, precisely because Beijing has been actively projecting its power globally, especially through the Belt and Road Initiative, it is foolish for Washington to limit its China policy geographically to the Asia pivot.  This great power competition takes place globally, not only in one narrowly territorial theater. Indeed, the very withdrawal from Afghanistan, allegedly undertaken to better push back against China elsewhere, has in fact opened up the Central Asian space, including Afghanistan’s coveted mineral resources, to Chinese access. An evaluation of the strategic options that might have been available during the Afghanistan War is a complex topic that will engage historians, but in any case, the decision to withdraw cannot be justified primarily with the China argument.

By the same token, questions as to whether to commit US resources–not necessarily extensive military presence but also financial aid, development expertise and diplomatic attention–in any other regions cannot be reduced to the singular question of their importance for the rivalry between Washington and Beijing. US national interests are multidimensional and the international system complex in ways that resist such a one-dimensional simplification. In light of the growing instability and violence in the Sahel, the US has good reason to engage there. The post-Afghanistan challenge, as exemplified by the case of the Sahel, involves retaining a commitment to American global presence in the name of the national interest, without however being drawn into lengthy and costly conflicts. The reasons that an active foreign policy in the Sahel would be in American national interest are multifold.

Twenty years after 9/11 the first and foremost concern for US policy must remain protecting the homeland from Islamist attacks.  A key element of that defensive strategy involves protections at the borders, but that aspect is perpetually hamstrung by the ongoing political difficulties that prevent Washington from reaching an adequate immigration policy; that domestic partisan conflict is unlikely to come to a resolution soon. Furthermore, protection from terrorist attacks also involves domestic security and surveillance practices which however similarly face political constraints. Therefore, protection against domestic terrorist violence must rely on a third dimension, the consistent disruption of international terrorist networks, which means degrading Al Qaeda, ISIS and their various offshoots overseas. None of that is simple, and the unflagging ideological-religious commitment of the adversaries to their agenda requires constant vigilance and counter-terrorism from the U.S.  Because the Sahel has emerged as the prominent but by no means exclusive crucible of jihadist activity, there are sound counter-terrorist grounds for American involvement there. Ignoring the Sahel does not make the terrorists disappear.

In addition, secondly, the real logic of great power competition requires an American strategy in the Sahel. The priority of countering China is not simply a question of the South China Sea, just as the Russian challenge is not merely a threat on the eastern front of NATO.  Both of these adversaries pursue global agenda, and each is active across Africa, especially in the Sahel. China has contributed a noteworthy contingent to MINUSMA, in size just behind Germany, and its broader military presence in Africa stretches across the continent to its first extraterritorial base in Djibouti. It also ambitiously engages in infrastructure projects throughout Africa, and unlike the U.S., it does not tie them to human rights norms or good governance metrics, which gives Beijing an advantage when negotiating with authoritarian regimes.  Chinese Foreign Minister Wang Yi began the New Year with visits to five African nations–a long established ritual of Chinese foreign policy. In contrast, African observers were critical that Secretary of State Blinken could not leave Washington but only held a virtual meeting with the Presidents of Nigeria and Kenya. The differential optics were not useful for improving America’s reputation in the continent. Meanwhile the third party in the narrative of great power competition, Russia, is increasingly prominent. Unlike China, Russia cannot afford to be a major source of infrastructure projects, but it has vigorously inserted itself as an effective actor in violent conflicts via the Kremlin-linked paramilitary Wagner group, now with a footprint in Libya, Chad and the Central African Republic, as well as Sudan, Angola, Mozambique and elsewhere. Despite the differences between them, which Washington has been unable to leverage, Beijing and Moscow pose a de facto combined challenge to western leadership in Africa. The continent should not be viewed as a distraction from great power competition but rather as one of its most important theaters. In light of the argument that the US had to leave Afghanistan in order to push back against China, the Sahel can be understood as at least one plausible theater in which that push-back could play out.

Third, developments in the Sahel have the potential for strategically significant impacts on the trans-Atlantic alliance structure. At stake are two distinct dynamics. The greater the instability in the region, the greater the likelihood of increased immigration into Europe. The 2015 wave of Syrian refugees elicited the rise of far-right parties, divided the EU over immigration policies and arguably contributed to the pro-Brexit vote, fracturing the European project. The current prospect of a wave of immigrants from Afghanistan is already producing intra-European political friction. Increased immigration from the Sahel or elsewhere in Africa–and passing through the Sahel–will further disturb the European political landscape. The US has a security interest in minimizing this effect.

In addition, the US has a vital interest in the character of the international military effort in the Sahel. The legacy of colonialism and post-colonial relations explain the primary role that France can play in combatting terrorism in the Sahel; the American military presence need not be extensive. However, it is in the counter-terrorism and, to some extent, counter-insurgency campaigns in the Sahel that intra-European military cooperation patterns are being established which will feed back into the pending discussion concerning the future of NATO. The Sahel campaigns, in other words, will serve as a laboratory for future European security architecture, which is directly relevant to the character of the Atlantic Alliance. The US has to be part of this discussion.

Counter-terrorism, great power competition, and restructuring alliance structure–these are all grounds for the US to engage purposefully in the Sahel. Add to these humanitarian concerns.

It is of course the people of the region who suffer directly from the violence of jihadist movements, but stopping the sorts of atrocities that have taken place in the Sahel would be consistent with American values and be welcome by the American public. However, in the wake of the American experience in Afghanistan, there is likely to be little enthusiasm for institutional reform, “nation building,” or democracy promotion.  Hence the conundrum programmed into the policy discussion. For some, the only way to end terrorism involves eliminating so-called root causes by establishing good governance.  In that case, however, the limited goal of degrading terrorist forces transforms into a much larger project of political and social reform, requiring different resources and capabilities as well as a much longer time commitment, perhaps even an “endless” one.  There should therefore be a clear understanding of the political will required to take on and to sustain a mission of that scope and duration. That is the Afghan lesson for Sahel policy.