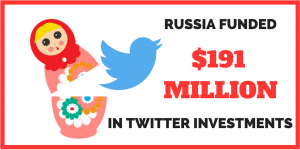 The investment, which dates back to 2011, is disclosed in the Paradise Papers — a massive leak of files detailing the offshore assets of high-profile figures and corporations around the world — and was made through Russian technology magnate Yuri Milner, like reported by euvsdisinfo.eu.

The revelations add to growing concerns over Russian influence in U.S. politics, including the publication of thousands of provocative Russian-bought ads on Facebook during the 2016 presidential election campaign.

According to the Paradise Papers, another Russian state institution, Gazprom Investholding, financed an offshore company that then funded an investment vehicle owning $1 billion in Facebook shares.

Both VTB and Gazprom are currently under U.S. sanctions.