You are here: Home / MidEastGulf / Russia’s position on Syria and Assad remains unchanged 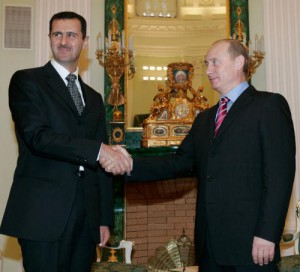 Peskov was commenting on yesterday’s White House statements that it is important to form a new government in Syria without Assad. “An exchange of opinions on this topic really took place [during a telephone conversation]. Russia’s position is well-known, and it was confirmed by the [Russian] president during the discussion,” Peskov said, answering a TASS question about prospects for the Syrian settlement.

Moscow has repeatedly stated that it is necessary to facilitate intra-Syrian dialogue with the participation of incumbent President Bashar Assad. Russian presidential aide Yury Ushakov also said earlier that “current Syrian authorities are one of the most substantial and efficient forces in fighting IS [Islamic State].”