You are here: Home / Europe / Russia’s new military drive in Syria – the making or breaking of peace? 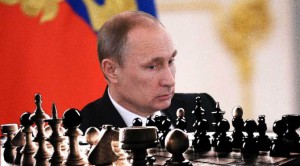 There seems little hope that the devastating Syrian war will be ending anytime soon. Vested interest in the conflict from Russia, Iran, US, Europe, Turkey, Saudi Arabia and numerous other powers has turned Syria into a proxy playground with the end result of severe destruction, a deepening humanitarian crisis and a country at a point of no return.

Each side has much to gain and much more to lose in the deadly civil war with the fate of Syrian President Bashar al-Assad overshadowed by another side war against the Islamic State (IS).

Fighter jets of various nationalities roam the crowded skies each with seemingly different agendas. And now Russia, who has been a key backer of Assad alongside Iran, is expanding its own sphere of influence in Syria.

The extensive Russian supply of military hardware and advisers has been a key factor of Assad’s evident stamina in the conflict. However, Russian support is not for love of the Assad regime or indeed Syrians – it is for their strategic interest in the Middle East and the eastern Mediterranean that want to preserve at all costs.

The weakening hand of Assad as an alliance of Syrian rebels increasingly knock on the doors of Latakia is no doubt a key trigger for Russia’s extensive military buildup around this key city in recent weeks, which has includes hundreds of marines, equipment and tactical Russian fighter jets.

Russia is seemingly determined to add to it naval base by building a new airbase. The Russian expansion in recent days naturally sent alarm bells in Washington. Russia is issuing a bold statement that it will not forfeit its strategic interests in Syria or abandon Assad at any cost whilst their interests are intertwined.

The sense of reality from the US has prompted the first military-to-military talks between US Defense Secretary Ash Carter and his Russian counterpart, Sergei Shoigu in over a year.

Whether the Russian role will deepen the conflict or hasten attempts to end find an elusive settlement remains to be seen.

US Secretary of State, John Kerry, has focused on the notion of “common ground” in recent days. And it is this common ground that will go a long way to deciding the ongoing severity and length of the Syrian war.

Russia’s active involvement could on the one hand bolster the campaign again IS that it has long insisted as a common goal but there are wider ramifications. Russia is unlikely to join a coalition when their ally in Assad is sidelined and threatened to be removed from power.

By moving to consolidate its presence in Latakia, Russia has set redlines to any rebel encroachment of this area as well as protecting its naval port.

Such redlines affectively partition Syria along the current battle fronts that may serve the basis for any future negotiations.

Although further talks are expected between Russia and US in the coming weeks, with a possible meeting between US President Barack Obama and Russian President Vladimir Putin at a UN General Assembly at the end of September, the Russia position on Assad is unlikely to shift.

Russia will not abandon Assad and their new military adventure reaffirms this commitment. This pushes the peace initiative to end the war firmly in the hands of Russia.

The US and its allies have to accept flexibility around the future of Assad with an agreement that Assad “eventually” leaves as part of a transition.

Kerry’s statement in recent days may be aligned to this reality, “our focus remains on destroying ISIL and also on a political settlement with respect to Syria, which we believe cannot be achieved with a long-term presence of Assad.”

Russia has claimed it would be even open to the idea of supporting the Assad regime with combat troops if requested by Damascus. Obama may have condemned Russia military moves as a “strategy that’s doomed to failure” but as their willingness to negotiate has shown, it must keep Russia onside.