You are here: Home / Europe / Russia’s military involvement in Syria 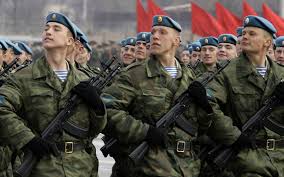 But what was remarkable about the Filchenkov was that military equipment was visible on deck—namely, KamAZ trucks and, judging by the tarpaulin outlines, at least four BTR infantry fighting vehicles. (This doesn’t include any materiel that might have been stored in the ship’s below-deck cargo hold.)

On August 24, the Oryx Blog, which tracks military dynamics in the Middle East and North Africa, discovered that at least one BTR-82A had turned up in the coastal province of Latakia, where Syrian dictator Bashar al-Assad’s family hails from and which has lately been contested, impressively, by Jaysh al-Fatah, or the Army of Conquest, a collection of Islamist rebels groups including Jabhat al-Nusra, the official al Qaeda franchise in Syria.

So important to Assad is fortifying Latakia against rebel assault that his regime has mounted a significant counteroffensive made up of the Syrian Arab Army, the praetorian Republican Guard and the National Defense Force, a consortium of sectarian militias constructed, trained, and financed by Iran’s elite Revolutionary Guards Corps-Quds Force.

Unlike other BTR-80s previously dispatched by Russia to Syria—including a number that arrived as part of the chemical arms removal agreement brokered between Moscow and Washington—the BTR-82A spotted in Latakia has a bort number (“111”) and camouflage. As Oryx notes, the BRT-80s sent for the chemical deal had no tactical marks and were “all painted olive drab.” The BTR-82A is also very new: It first came into service in 2013.

But what’s most intriguing is what the National Defense Force’s official media arm might have accidentally disclosed in one of its broadcast “news reports” from the Latakia front. The channel exhibited the fighting vehicle in action but also captured unmistakable Russian spoken in the background; Russian that was giving military instruction to the crew of the BTR-82A. Here’s a translation:

“Peacock” likely refers to a call sign for a Russian soldier; i.e. whoever’s operating the armored vehicle. Given that the BTR-82A was firing in the video, this was either a training exercise caught on tape or (more likely) footage from active combat operations. It’s certainly compelling evidence that Russians have embedded with the Syrian military.

As early as 2012, Russia’s then-Defense Minister Anatoly Serdyukov admitted that Russia had “military and technical advisers” in Syria, although these designations don’t necessarily mean what they do in the West. “In American terms, there’s a bright dividing line between a technical adviser, a military guy, a CIA guy,” says Chris Harmer, a former U.S. Navy officer now at the Washington-based Institute for the Study of War. “Russia blurs the divisions.”

One active U.S. intelligence official told The Daily Beast that while no one is “surprised to see reports of new Russian military equipment in the region—which would also suggest Russian forces training on that equipment—the line between training and taking part in combat is fuzzy. But the intelligence community also hasn’t seen anything to indicate that Russians are not taking part in the fight.”

Much discussed in U.S. defense circles is what the Israeli news portal YNet reported Monday, that a new “expeditionary force” of the Russian military has arrived in Damascus and converted a Syrian air force installation into its own forward-operating base. Russian pilots will also apparently start flying their own combat missions. “In the coming weeks,” YNet’s Alex Fishman wrote, citing Western diplomatic sources, “thousands of Russian military personal [sic] are set to touch down in Syria, including: Advisors, instructors, logistics personnel, technical personnel, members of the aerial protection division, and the pilots who will operate the aircraft.”

The goal is said to be purely counterterrorist in nature and conforms to a new period of bilateral cooperation between Moscow and Tehran in salvaging a common ally—Assad—while also amplifying the fight against ISIS. That war, as prosecuted by a U.S.-fronted coalition for a year now, has not been going so swimmingly.

These are just the most recent reports. On August 12, the opposition-linked website Syria Net reported that a Russian “militia” was now situated in the city of Salfana in Latakia, sent there as part of a growing number of foreign fighting units meant to fortify Latakia.

“The Russian crew is tasked with overseeing the project to organize defensive lines in a professional manner,” the site stated, “and are equipped with modern equipment to detect and monitor progress of opposition forces if any villages are attacked in rural Latakia, which includes supporters of the regime. And defensive lines start from the city of Salfana ending near the city of Masyaf in Hama.”

Photographs published by Syria Net purport to show these Russian legionnaires holed up in the “Big Salfana,” also known as the Park Plaza Hotel, in the Salfana Arena. None of this can be confirmed, although back in May, Col. Gen. Vladimir Shamanov, the head of Russia’s elite Airborne Troops, said he’d gladly deploy them if “there [was] a task at hand” and such was decided by the Russian leadership—a comment immediately downplayed by Vladimir Putin’s press secretary Dmitry Peskov.

Pro-Russian sources, too, are now trafficking in speculation that Moscow may be seriously considering sending soldiers to Syria. On August 26, the pro-Assad newspaper Al-Watan claimed that Russia plans to construct a second military base in Jableh, a seaside town about 25 kilometers south of Latakia. (It currently maintains its own warm-water naval base at Tartous, although that facility, built by the Soviets in the 1980s, is really more akin to a floating atoll. )

Al-Watan further alleged that Russia is now providing satellite imagery to the regime and “gathering a large amount of information that will make it possible to study the potential deployment of international forces under the patronage of the United Nations.” And the Kremlin is considering whether to launch “a separate Russian operation as well as another joint [operation] with the Collective Security Treaty Organization [Russia and Central Asia’s answer to NATO], which will convene in Tajikistan’s Dushanbe on September 15.”

Al-Watan may be a notorious propaganda outlet, but what makes this article somewhat more plausible is the fact that Russia has already been caught spying on international actors from Syrian soil.

In October 2014, the Free Syrian Army sacked a Russian listening post in Tel al-Hara, south of the Quneitra border crossing with Israel.  Its location was key. A YouTube video showed a Syrian officer giving the rebels a guided tour of the office building attached to the facility. Documents hanging on the wall, in both Arabic and Russian, including the symbols for Syrian intelligence and 6th Directorate of Russia’s military intelligence agency (GRU), and photos showed spies from both countries hard at work deciphering intercepts. Maps displayed rebel positions; they also showed coordinates of Israel Defense Force units.

In the past few years, the Israelis have not only downed Syria aircraft, obliterated Syrian artillery-fire targets following shelling into the occupied Golan Heights, and quietly armed and liaised with Syrian rebels; they have also bombed expensive Russian-made weaponry housed by the Assad regime, including Yakhont anti-ship missiles and, quite possibly, S-300 anti-aircraft systems.

Russia also has sent intelligence operatives into Syria. In  January 2013, for instance, Sergey Alexandrovich Berezhnoy, a Russian judge, was shot in the face by rebels in the Daraya district of Damascus while “vacationing” in Syria and accompanying a pro-regime Russian-language news outlet called the Abkhazian Network News Agency (ANNA).  Except His Honor was also a former GRU officer and veteran of several post-Soviet separatist wars, including the one in Abkhazia, the breakaway region of Georgia that today is illegally occupied by Russia. The chances of Berezhnoy having merely gone on holiday in a Mideast war zone, in other words, were slim to none.

Moreover, ANNA, which has embedded extensively with the Syrian military, has obvious ties to Russian intelligence. Not long ago, a hacker collective known as Shaltai Boltai (“Humpty Dumpty”) intercepted emails belonging to Igor Strelkov (aka Igor Girkin), once the military commander of all pro-Russian separatists in the Donbass and a former Russian spy himself. Depending on whom you consult, Strelkov was either affiliated with the Federal Security Service (FSB), as he once boasted in Ukraine, or with the GRU, as the Ukrainian government and European Union believe. Whatever the case, one of his regular correspondents was Olga Kulygina, a Russian “journalist.”

In intercepted missive, Kulygina asks Strelkov to vet a possible “volunteer” to act as a bodyguard in Syria for her friend “Marat.” This almost certainly refers to Marat Musin, a reporter for ANNA with whom Kulygina had previously written a series of pro-Assad articles for a Russian news portal. (Remarkably, in September 2014, Kulygina was captured by pro-government forces in Ukraine and accused of being a Russian agent. She was even famously photographed by a Dutch newspaper carrying an AK-47 in Slavyansk.)

The most definitive proof of Russians fighting in Syria, however, arrived in November 2013 when Fontanka, a St. Petersburg-based newspaper, published an exposé on the “Slavonic Corps,” a risible gang of mercenaries deployed to protect Assad’s infrastructure, namely his oil wells.

The Slavonic Corps had been contracted by the Moran Security Group, a Petersburg-headquartered company run by Vyacheslav Kalashnikov, a lieutenant colonel in the FSB reserves, and so undoubtedly connected to Russian intelligence. The entire mission was a fiasco: 267 Slavonic Corps legionnaires were besieged by 2,000-6,000 Syrian rebels in Sukhnah, a town east of Palmyra on the road connecting Homs and Deir Ezzor. Six were injured, two of them badly, before the entire Russian regiment skedaddled back to its base, a large field somewhere between Latakia and Tartous.

So what makes the latest reports about redoubled Russian hard power in Syria more interesting? A much-altered geopolitical context.

In early August, Fox News reported that in late July Quds Force command Maj. Gen. Qasem Soleimani flew to Moscow aboard a commercial Iranian airliner for a weekend visit filled with meetings mixed with R&R—in clear violation of a U.N.-imposed travel ban. U.S. officials could only meekly object and vow to raise Soleimani’s visit with the Russians at the U.N. General Assembly in New York later this month.

But as those U.S. officials well know, Soleimani and a host of his Quds Force underlings and proxies are due to have international and E.U. sanctions lifted on their involvement in Iran’s supposedly now-resolved nuclear program, thanks to the contentious, American-spearheaded Joint Comprehensive Plan of Action (JCPA), more commonly known as the Iran deal.

Sanctions relief, commingled with the $150 billion “signing bonus” Iran is set to get upon implementation of the JCPA, means an inevitable cash infusion for the Quds Force, enabling it to better prop up whatever’s left of the House of Assad, not to mention its other proxies, from Hezbollah to the Yemeni Houthis. But what better time for Iran’s silver-fox spymaster to be meeting with Putin’s Chekists about pushing through an endgame in the Levant, now tied to what the Americans acknowledge is the only regional interest: countering the head-loppers of ISIS?

Citing Putin’s help in solidifying the Iran deal, the Obama administration has been seeking any way to resurrect the dead Syrian peace initiative. The usual suspects have suggested that this time it’s different; Moscow may be finally thinking about abandoning Assad to save its client state and may be ready to cut another grand bargain with the U.S. to do so. Only Assad doesn’t agree. A week ago he told the Hezbollah-controlled TV station al-Manar, “We have strong confidence in the Russians, as they have proven throughout this crisis, for four years, that they are sincere and transparent in their relationship with us.” The latest disclosures, assuming they’re accurate, substantiate his appraisal above the State Department’s.

“Russia wants Assad to stay alive, and by putting the focus on ISIS, it gives him another lifeline,” says Harmer, the ex-Navy war analyst.