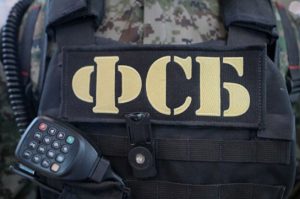 The Russian Federal Security Service (FSB) has foiled a terror plot targeting a fuel and energy industry facility by a member of the Islamic State, he resisted detention and was eliminated, the FSB Public Relations Center told TASS Thursday.

“The Federal Security Service in the Tver Region thwarted preparations for a terrorist attack planned by a member of the Islamic State international terrorist organization outlawed in Russia at a facility of the fuel and energy industry,” the Public Relations Center noted. “The criminal put up armed resistance when detained and was neutralized in retaliatory fire by special units of the Russian FSB. Security agents or civilians were not injured,” the FSB added.

According to the security service, the Russian citizen, native of one of the Central Asian countries, acted on orders of leaders of the terrorist bodies to purchase destructive agents and components to manufacture an improvised explosive device. He also set up a laboratory to synthesize explosive agents at his place of residence. Firearms and munitions were seized at the site as well as an explosive device ready to be used and components necessary to make it.

A criminal case was launched into preparations to carry out a terror attack.