You are here: Home / Europe / Russia’s FM: Deciding Assad’s fate by military means will lead to IS seizing power 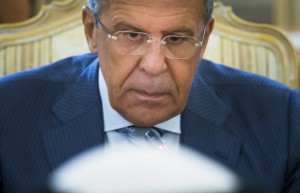 A military way of deciding the future lot of Syrian President Bashar Assad only helps the terrorist organization Islamic State and Russia doesn’t want influential players to opt for this path, Russian Foreign Minister Sergey Lavrov said on Tuesday after a meeting with his Saudi counterpart Adel al-Jubeir.

“Our differences with Saudi Arabia on the Syrian settlement concern only the fate of [President Bashar] Assad,” he said. “I would not like any of the influential countries involved in the Syrian crisis settlement to think that the Assad problem can be solved by military means. The only outcome of such military solution would be the seizure of power by Islamic State and other terrorists. I don’t think anyone wants it.”

The Russian foreign minister underscored that the key threat in the region was Islamic State and other extremist groups. “We can speak about Syria’s domestic problems but Assad is threatening no neighbouring state, whereas Islamic State is threatening not only Syria, but also Iraq and Saudi Arabia and is publicly declaring its plans and making caliphate maps from Spain to Pakistan,” Lavrov said. “So, we must measure the scale of threats.”

“Now the Syrian army, the Iraqi army and the Kurds and units of armed Syrian opposition who rely on the support from outside are already fighting on the territory with terrorists,” Lavrov said

The key task should be to fight against the terrorism threat. “Settling accounts between each other – the Syrians themselves and the Iraqis themselves – should be postponed until the threat is countered,” he said.

Saudi Arabia has no plan of its own for Syrian settlement

Saudi Arabia has no plan of its own for the settlement in Syria, Foreign Minister Adel al-Jubeir said after talks with Russian counterpart Sergey Lavrov on Tuesday.