You are here: Home / Europe / Russians to skip nuclear terrorism summit in March 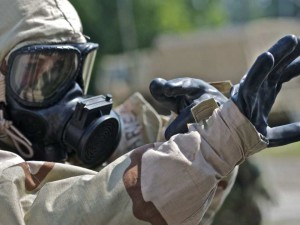 Russia is taking a pass on the annual summit to deal with nuclear terrorism. It says it will not take part in the 2016 Nuclear Security Summit to be held in Washington, DC starting March 31.

Senior Russian officials took part in previous summits, which were held in Washington in 2010, Seoul in 2012 and The Hague in 2014.

But the Russians now sound dubious of the summits, which are supposed to deal with preventing nuclear terrorism.

Foreign Ministry spokeswoman Maria Zakharova told Russian journalists that such summits “have played their role” but that role is now over.

The Russians say the International Atomic Energy Agency (IAEA) must be the main body “to coordinate the world’s efforts in global nuclear security.”

Zakharova also noted the Russian view that such summits actually interfere with the work of IAEA. This is because the “opinions of a limited group of states” are imposed on other international organizations, Zakhorova stated.

In a statement the White House noted that this is the last summit. It outlined the goals of the March summit as the following:

-The U.S. seeks a strengthened global nuclear security architecture that is comprehensive, is based on international standards, builds confidence in nations’ nuclear security implementation, and results in declining global stocks of nuclear weapons-usable nuclear materials.