You are here: Home / Europe / Russian Spetsnaz kill 4 militants, including the leader of the Caucasus Emirate 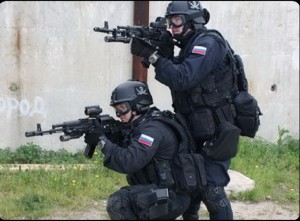 The Anti-Terrorist Committee said Tuesday the suspects were killed in a raid in the province of Dagestan. It identified one of them as Magomed Suleimanov, the leader of the Caucasus Emirate, a group embracing Islamic militants in the Caucasus. Suleimanov’s deputy was also among those killed.

The committee said Suleimanov was suspected of staging the 2012 killing of Said Afandi, the powerful leader of Dagestan’s Sufi Muslim brotherhood.

The Islamic insurgency has spread across North Caucasus after two separatist wars in Chechnya. The insurgents want to carve out a separate state governed by their strict interpretation of Islamic law, and some have links to the Islamic State group.