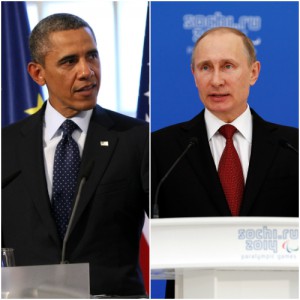 Russian President Vladimir Putin on Friday called his US counterpart Barack Obama as the two leaders discussed the the “increasingly dangerous” advance of the Islamic State terror group and the Iran nuclear talks among a host of issues.

Obama and Putin discussed the necessity of countering the Islamic State, the White House said.

The White House said, “The leaders discussed the increasingly dangerous situation in Syria and underscored the importance of continued P5+1 unity in ongoing negotiations to prevent Iran from acquiring a nuclear weapon.”

Iran and the P5+1 group — Britain, China, France, Germany, Russia and the United States — are working to a June 30 deadline to allay international fears that it is seeking a nuclear weapons capability.

Iran denies any such ambition but is eager to secure a lifting of crippling Western economic sanctions imposed over those concerns.