You are here: Home / Mediterranean / Russian Military Police in Golan to keep ‘Hezbollah’ away 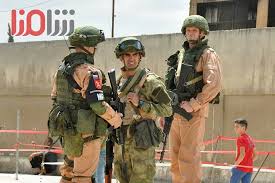 Moscow announced the deployment of monitors from its military police 13 kilometers from the demarcation line between Israeli and Syrian troops in the Golan Heights, like reported by aawsat.com.

The new step removes “Hezbollah” from the cross-line as part of a deal struck between Russia, the US and Jordan to fix the boundaries of this zone and impose a ceasefire in the area.

General Sergey Rudskoy, spokesman for the Russian General Staff, said Monday during a scheduled press briefing in Moscow: “On July 21 and 22, two checkpoints and 10 observations posts were established around another de-escalation zone near the country’s southwestern border with Israel and Jordan.”

According to the Russian general, this step “will help maintain the ceasefire, allow unfettered access for humanitarian aid, and enable refugees and displaced persons to return.”

Rudskoy said the observation points were set up after informing Moscow’s allies, the Americans, the Jordanians and the Israelis, about Russia’s deployment.

The general said that when Russia launched its anti-terrorist operation in Syria in September 2015 on invitation from the country’s government, the Syrian government controlled about 19,000 square kilometers of territory, while now it has taken over 74.2 thousand square kilometers, which means taking back in the two last months 40 percent of the overall Syrian size from various militant groups, including ISIS and Al-Qaeda affiliates.

Rudskoy said hostile activities in Syria have also decreased by a third in the first three weeks of July compared to the same period a month before.

“Iranian forces would not participate in the monitoring operation,” he said.