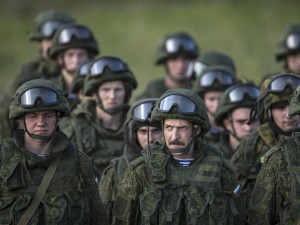 Russia’s newly formed alliance with Iraq, Iran and Syria in the fight against the Islamic State, or ISIS, took a step forward Monday with the arrival of military experts.

Iranian and Russian teams had already arrived in Iraq to start preparing for the four-party alliance, said Hakem al-Zameli, the head of Iraq’s National Security and Defense Committee.

“Iraq needs to exchange experience and information intelligence with countries especially after it has become clear that the United State is not serious and has failed along with the International coalition to combat the Islamic State organization,” Zameli said in a press conference Monday.

On Saturday, the Iraqi military announced it had reached an agreement to share security and intelligence information with Russia, Iran and Syria in the fight with ISIS.

Zameli said the new alliance is a violation of the agreement made with the US, but added, “The US already violated the agreement when ISIS managed to take over three provinces within one month.”