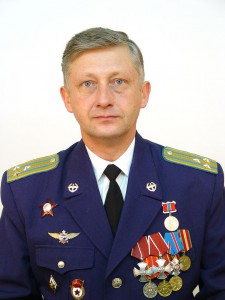 Relations between Turkey and Russia have been strained following the start of air strikes by the Russian military against the Islamic State of Iraq and the Levant (ISIL) and other anti-regime groups in Syria. The Russian ambassador in Ankara has been repeatedly summoned to the Turkish Foreign Ministry for discussions on the incidents of airspace violations by Russian jets. Last week Foreign Ministry spokesman Tanju Bilgiç said Turkey proposed a meeting between Turkish and Russian military officials to allow the Russians to explain the intrusions and clarify the measures they intended to take.

Despite tension over the Russian violations of Turkish air space, Turkish Prime Minister Ahmet Davutoğlu has said he does not want the Syrian conflict to turn into a crisis between NATO and Russia, nor into a dispute between Turkey and Russia.

Turkey and Russia are important trade partners and Turkey is heavily dependent on Russian gas imports. The two countries have conflicting positions on Syria — with Russia backing President Bashar al-Assad, and Turkey insisting on his removal — but have set differences aside in the past so as not to harm their economic ties.

Russia has admitted one incident of airspace violation but sought to play it down, saying the jet accidentally entered Turkish airspace for “several seconds” on Oct. 3 due to poor weather in the area.