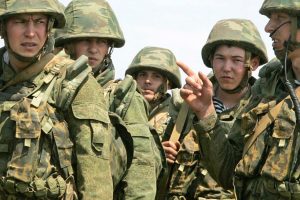 A major in Russia’s marines has been killed in combat in Syria, a former marine who served with him and a person close to the Russian Black Sea Fleet told Reuters on Thursday.

Russian forces are backing Syrian President Bashar al-Assad in his war with rebels and militants seeking to oust him. The Russian Defence Ministry has reported that about 30 Russian servicemen have been killed in Syria since the start of the Kremlin’s operation there in September 2015.

According to evidence collected by Reuters, losses among Russian servicemen and private military contractors in Syria are higher, though the defence ministry has denied understating the death toll.

Two sources said the latest Russian serviceman to be killed there was Major Sergei Bordov.

“They were caught in shell fire. Two of our Russian servicemen and two Syrian soldiers died,” Vyacheslav Pavlyuchenko, who served with Bordov, told Reuters.

He said the shelling incident had happened on Tuesday and that he did not know the names of the other fatalities.

Bordov is one of the most high ranking Russian officers to be killed in Syria. He was in command of a reconnaissance company two years ago, Pavlyuchenko said. He said he was not aware of Bordov’s current role in the Syria operation.

The Russian defence ministry did not immediately reply to a request for comment.

Bordov’s body is expected to be delivered to his military unit in the Crimean town of Sevastopol on Friday and he is expected to be buried in his hometown of Simferopol on Saturday, Pavlyuchenko and the person close to the fleet said.