You are here: Home / FakeNews / Russian journalists fight back against disinformation 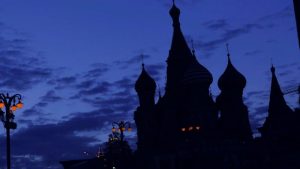 Factory of Lies is the name of a new television documentary introducing a number of journalists who have uncovered the hidden processes of the disinformation campaigns coming from Russia, like reported by euvsdisinfo.eu.

Some of these journalists are themselves Russians who have not been afraid of doing this kind of investigative work in the difficult conditions of their country’s highly controlled media environment.

In Factory of Lies, we follow Andrey Soshnikov – a Russian journalist working in Russia for BBC’s Russian service – in his investigation of a fake video, which was spread by the famous St. Petersburg troll factory and purported to show an American soldier shooting at a copy of the Quran with his automatic rifle.

Soshnikov also tells the story about how he worked for almost a year to identify the exact location of a building that was used for recording another famous fake video, which claimed to show ISIS members fighting on the Ukrainian side in Donbas.

The chief editor of the Russian online magazine The Insider, Roman Dobrokhotov, is also portrayed in Factory of Lies. We hear how The Insider made a Russian national living in Germany admit in a telephone conversation that she had received money from two leading Russian state media, Zvezda and Pervy Kanal, for appearing as an actor in staged productions with disinformation stories about violence and chaos in Germany due to the arrival of immigrants.

Dobrokhotov also describes his team’s work with using voice recognition and open sources to reveal the identity of a Russian Colonel General who, according to The Insider’s and Bellingcat’s joint investigation, was in command of the BUK missile launcher which downed Malaysia Airlines Flight MH17 over eastern Ukraine, killing 298 innocent passengers.

Factory of Lies premiered on 5 June and is a co-production between Danish and Swedish public service television (DR and STV), Israel’s Channel 8 and the Danish Film Institute.

Producer and director Jakob Gottschau was also behind Facebookistan – a documentary from 2015 which took a critical look at Facebook as a form of a state with its own citizens and set of laws.