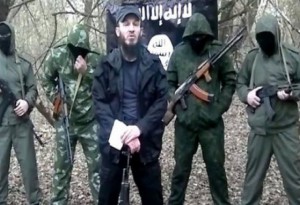 A senior Russian intelligence official warned of the potential influence of the Islamic State group inside Russia, primarily among the Muslims in the North Caucasus provinces, wrote AP.

Russian federal forces have fought two separatist wars in Chechnya, which has become more stable under the watch of Kremlin-backed strongman Ramzan Kadyrov. The Islamist insurgency, now largely dormant in Chechnya, has since spread to other North Caucasus provinces where bombings and killings of law enforcement officers have become almost a mundane occurrence.

Gen. Sergei Smirnov, deputy chief of the KGB’s main successor agency, the Federal Security Service, was quoted by Russian wires as saying that the group is “beginning to infiltrate” terrorist organizations focused on operating in the North Caucasus. Several warlords of the banned Imarat of Caucasus have pledged allegiance to the IS, “a very dangerous trend,” according to Smirnov.

An estimated 1,700 Russian nationals have joined the Islamic State group to fight in Syria and Iraq, Smirnov said, adding that the actual figure is likely to be even higher.

Russian President Vladimir Putin’s envoy to the North Caucasus said last month that at least five militants who came back after fighting in Syria were killed in security sweeps last year. In a speech to senior officials of the Federal Security Service, Putin said last month that one of its top priorities should be tracking Russian citizens who have left to fight alongside IS.