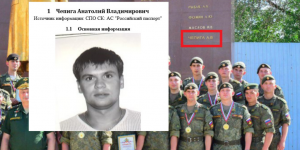 Independent journalists from Russia gathered in Prague on 24 November to celebrate their profession and its achievements during the past year with an awards ceremony, like reported by  euvsdisinfo.eu

Among the winning projects were examples of how independent Russian journalists have been able to successfully challenge disinformation narratives in the Kremlin’s dominating official line.

In the investigative journalism category, the prize was awarded to Roman Dobrokhotov for his four-part investigation into the Salisbury chemical attack. The articles were published by the small independent online outlet The Insider, where Mr Dobrokhotov is also the chief editor.

The Insider’s series was a poser of a larger joint project with the open source investigators at Bellingcat. Working on the ground in Russia, Mr Dobrokhotov and his team contributed to the successful unmasking of numerous falsehoods that were spread by the Kremlin and its loyal media following the attempted assassination of Sergei Skripal and his daughter.

The Insider’s work can be read in English as part of Bellingcat’s series on the Salisbury attacks in which i.a. the true identities of the GRU agents behind the deathly attack in Salisbury were revealed.

Protecting the history of Stalinism from disinformation

In the category “regional media”, a special prize handed out to local reporting from Russia’s many regions, journalist Anna Yarova was awarded for her project “Rewriting Stalin Terror in Sandarmokh”, which was published by the independent online outlet 7×7.

The publication describes measures taken to revise the history of execution sites in the region of Karelia near Russia’s border with Finland, as well as the authorities’ attempts to silence Russian civil society actors who investigate this tragic piece of history with use of fabricated charges and imprisonment.

Also other journalists won awards for stories with human rights angles, including “The head of the Grozny Memorial Oyub Titiev is being tried on drug charges”, authored by Shura Burtin for Meduza; and Olga Alferova’s piece: “I’m over it. A special project about domestic abuse; It’s all rather complicated”, an interactive film published by Takiye Dela. Mediazona won the Jury’s Special Prize for its coverage of human rights violations in Russian prisons.

Olga Gerasimenko was awarded the Interview prize for her feature titled “I am the Perfect Russian: The rapper Face from ‘Burgers’ to Mandelstam”, published on BBC Russian Service.

Russian independent journalism has played a key role in the international pushback on disinformation; the examples of The Insider’s and 7×7’s investigations do not stand alone.

It was e.g. thanks to work carried out by fearless reporters working inside Russia that facts about the St. Petersburg troll factory began to surface.

The important work of these journalists is carried out under the pressure of a number of different factors limiting Russia’s press freedom. Independent media organisations are punished when their reporting becomes too successful. Some Russian journalists are killed for their work.

Russian independent journalists and other civil society members themselves become targets of disinformation and various forms of intimidation. This was e.g. seen in the recent case where Novaya Gazeta was harassed following its investigation into a series of poison attacks and the killing of a Kremlin-critical blogger, allegedly carried out by a group of thugs working for “Putin’s chef”, the owner of the St. Petersburg “troll factory”, Evgeny Prigozhin.

The Journalism as a Profession Awards prize ceremony is an annual event organised by Open Russia – an NGO founded by the exiled Russian businessman Mikhail Khodorkovsky.