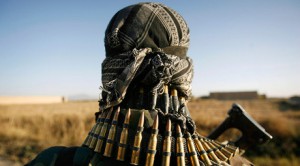 CIS security officials have met in Moscow to discuss interaction in revealing persons who took training in terrorist camps in Syria and Afghanistan.

The 39th session of the Council the Council of Heads of Security Agencies and Special Services of CIS Member Nations was held in Moscow on October 28.

According to the CIS Executive Committee, the discussion focused on key aspects of antiterrorist activities on the territories of the CIS nations and ways of counteracting terrorist organizations and groups trained in Syria and Afghanistan.

They also discussed the procedure of mutual exchange of information about threats of unlawful interference into activities of objects of the transport infrastructure.

The Council members also considered issues related to forensic support to counteraction against chemical and biological terrorism on holding of socially significant events.

They also discussed the results of activities of the commissions for scientific and technological cooperation, the fight against international drug trafficking, etc.

“Unfortunately, there have been incidents recently at the frontiers of our regional partners,” he said.

TASS news agency reports that according to the official around 40% of Islamic State members are foreign mercenaries.  The FSB chief reportedly estimated that people from more than 100 countries are now fighting for IS in Syria and Iraq, including “about 10 gangs…of citizens of Russia, Georgia, Ukraine, and Central Asian countries.”

Bortnikov stressed that “an extensive network of training camps has been set up in Syria and Iraq, as well as in neighboring countries, to train recruits.”

Bortnikov said the threat for CIS (Commonwealth of Independent States) countries is growing as militants are returning from hot spots.

The FSB head called for “increasing exchange of preventive intelligence information about terrorists’ personal data, their plans and supporters.”

The Council of Heads of Security Agencies and Special Services of CIS Member States was set up under a resolution of the Council of CIS Heads of State of March 28, 1997, to interact and coordinate actions of the security agencies and special services in combating international organized crime.  The meetings are held as necessary, at least twice a year, alternately hosted by the CIS member states.