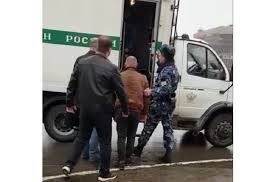 Investigation has been completed into a 19-year-old native of Russia’s Chechen Republic, who stands charged with imbibing people in participation in illegal military groups, the Investigative Committee’s press service has reported, like reported by rapsinews.com.

The accused was recently extradited from Germany, the statement reads.

According to investigators, in 2017, the young man locating in Germany through a messenger and social media persuaded two minors living in one of Russia’s regions to join an illegal armed group involved in terrorist activities in Syria. The teenagers agreed; however, they failed to depart to the fighting zone, as their intent was in time suppressed by law enforcement.

A criminal case was opened. The teens were identified and brought to criminal responsibility; they received 3 years in jail and further 1-year restriction of liberty for an attempt to join terrorists abroad.An alleged recruiter was put on the

wanted list. In April, the wanted defendant was found in Germany. During the course of international cooperation, the man was arrested and later extradited to Russia’s Volgograd.

By today, enough evidence has been collected and indictment approved by prosecutors has been sent to court for trial.

The defendant pleaded guilty in full during the investigation, according to the Investigative Committee’s press service.