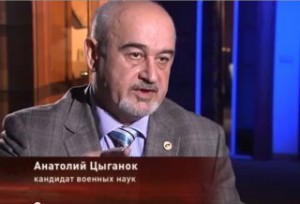 Anatoly Tsyganok, director of Russia’s Military Forecasting Centre and an associate of the Academy of Military, says Iran-Russia technical and defense cooperation will help strengthen security of the region.

Tsyganok said Iran and Russia have close cooperation to guarantee stability in the important buffer zone between their territories, including the Caspian Sea region and the strategic Middle East region. He said the two countries’ efforts at regional level are concentrated on attaining the objective and preventing infiltration of foreigners and their intervention in the affairs of the neighboring states.
He said an instance of cooperation between the two countries is guaranteeing security of the Caspian Sea without intervention of the foreign countries and through partnership of five littoral states, with Russia and Iran being the pivot.