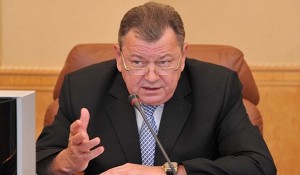 Widely experienced in successfully fighting terrorists, Russia “has never used double standards in the sphere of counter-terrorism. The country has always been guided by the importance for the world community to join efforts to repel a global terrorist threat”, Syromolotov told the Kommersant newspaper.

General of the Army Syromolotov was appointed to the post of Russian Deputy Foreign Minister for Anti-Terrorism Matters this March. He previously headed the Federal Security Service (FSB) Counter-Intelligence Service and was responsible for security at the Olympic Games preparations in Sochi.

“The Islamic State (of Iraq and the Levant) is the embodiment of this (terrorist) threat but there are other dangerous components of the ‘terrorist international’ such as Al-Qaeda, the Taliban movement, Imarat Kavkaz and Hizb ut-Tahrir,” Syromolotov stressed.

The Russian diplomat has also said that methods in the struggle against terror should be based on international law and rules envisaged in the United Nations agreements.

“Principles of sovereignty and equality of states should be preserved and any attempts to use certain groups in pursuit of their political and geopolitical purposes have to be eliminated”, added Deputy Foreign Minister.

“Successful experience of Russian competent authorities in the fight against terrorism, and in terms of its prevention, and overcoming extremism should be exampled internationally,” said diplomat.

“After all, in fact, the terrorists never taught such serious lessons in Russian. Russia has a unique experience in this case. Remember what happened in Chechnya, and see what it is now,” Syromolotov stated in the interview.

Syromolotov expressed hope that multilateral anti-terrorism cooperation will be based on honest communication and will get international coverage to further push its effectiveness.