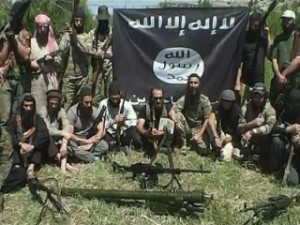 An article “Why Are Russian, Central Asian Militants Vanishing from Social Networks?” posted on Radio Liberty’s website notes that Russian and Central Asian militants fighting alongside Islamic State (IS), Al-Qaeda, and the Taliban in Syria and Iraq are disappearing from social-networking sites like Odnoklassniki and VKontakte.

Whereas just a few months ago, these networks were abuzz with propaganda and recruitment activity from personal militant accounts and official propaganda pages, many accounts have been banned, gone quiet, or closed.

Continual bans — particularly on VKontakte — as well as concerns that law enforcement agencies could monitor recruitment efforts likely account for some of the reduction of militant activity.

Some militants may have deleted their own accounts for security reasons.

Another reason for the slowdown in militant activity could be an uptick in deaths.

And there is also evidence that militants are moving over to the new and more secure Telegram messaging service.

Over the past months, IS has reportedly shifted at least some of its propaganda and recruitment efforts to the Telegram mobile messaging app.