You are here: Home / MidEastGulf / Russian air force has entered Iraq’s airspace to capturing footage of the ISIL terrorists’ movements 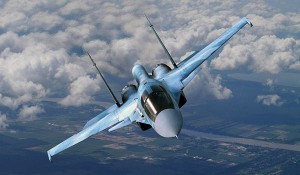 The Russian Air Force has conducted over 20 reconnaissance flights above the Deir Ezzur governorate in Eastern Syria, capturing footage of the ISIL terrorists’ movements through their strategic supply route between Deir Ezzur and Anbar governorate in Western Iraq, military sources said.

A military source from the Syrian Army’s 104th Airborne Brigade of the Republican Guard told the country’s media that the Russian Air Force has notified the Syrian army’s officers stationed at the Deir Ezzur airbase of their flights above the province, adding that these were merely for reconnaissance purposes and that they are coordinating with the Syrian Air Force to monitor the ISIL terrorist group’s movements.

While conducting these flights above the Deir Ezzur governorate’s cities of Al-Mayadeen, Abukamaal, and Mohassan, the Russian air force repeatedly crossed the Iraqi border and entered the Anbar governorate, where they flew as far East as the city of Al-Heel to capture footage of the ISIL terrorist group, the Massdar website reported.

This is the second time in two weeks that the Russian air force has entered Iraq’s airspace; however, the Syrian military source asserted that they were granted approval by the Iraqi Armed Forces before crossing their border.