You are here: Home / Senza categoria / Russia will not put Hamas and Hezbollah on list of terror groups 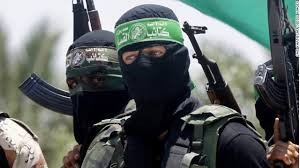 The fighting in Syria will not affect Russia’s decision to not put Hamas and Hezbollah on its list of terrorist organizations, a senior Kremlin official said.

Russian Deputy Foreign Minister Gennady Gatilov told the Interfax news agency last week that while his country concurs with the United States’ definition of some organizations that are operating in Syria as terrorist groups, Russia is “not even discussing Hezbollah and Hamas with the Americans.”

Gatilov’s remark, made in response to a question by an Interfax journalist, came as his country was discussing with Washington the possibility of promoting steps to weaken the Islamic State, al-Qaeda and Jabhat al-Nusra.

“Our opinions coincide as regards to the main terrorist organizations,” Gatilov said. “These are the main ones, and there is a definite consent about them” being terrorist groups.

Russian officials have repeatedly said that Hamas and Hezbollah, which are both allies of Syrian President Bashar Assad, will not be recognized as terrorist organizations by Moscow. These groups or parts of those groups are, however, listed as such by the European Union, the United States, Canada, Australia and New Zealand, among other nations.