You are here: Home / MidEastGulf / Russia will begin to attack Islamic State targets in Iraq in the coming days 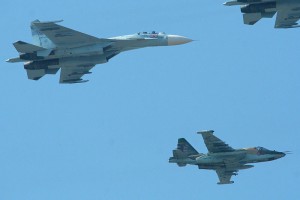 Saudi newspaper Okaz reported that Russia reached an agreement with Iraq and will begin attacking ISIS targets in Iraq, in addition to its attacks in Syria.

The attacks are expected to begin in the coming days. A ground operation is also possible at a later date.

Meanwhile, Al-Hayat, published in London, reported that the United States halted its intelligence coordination with Iraqi security forces to protest its cooperation with Russia.