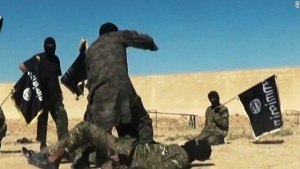 Russia has expressed concerns about growing militancy in Afghanistan, warning that the Takfiri Daesh terrorist group is expanding its foothold in the conflict-ridden Asian country, like reported by presstv.com.

The Russian Foreign Ministry issued the warning in a commentary released on Saturday ahead of a visit by Afghan Foreign Minister Salahuddin Rabbani to Moscow due on February 7.

“We watch closely the situation with security in Afghanistan, and we are concerned about the growing combat and terrorist activities of the armed opposition,” the ministry said.

It further noted that “great concerns are caused by the spread of influence” of Daesh.

The ministry also highlighted the importance of relations between Moscow and Kabul in the fields of technology and military and voiced Russia’s support for the Afghan reconciliation process.

“We consider as important directions the continuing military-technical cooperation with Kabul, support in improvement of combat capacity of the Afghan national security forces, as well as training of the republic’s military and police personnel by Russian respective authorities,” it added.

Afghanistan has been torn apart by years of Taliban-led militancy and the 2001 invasion of the US and its allies.

Recently, the country has seen a surge in terrorist attacks despite the presence of thousands of foreign boots on the ground.

Taking advantage of the chaos, Daesh is attempting to expand its presence in some Afghan provinces, particularly Nangarhar.

The terror outfit, which is mainly active in Syria and Iraq, has lately managed to take recruits from Afghan Taliban and al-Qaeda defectors.