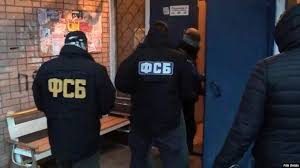 Russian intelligence services have uncovered a secret “charity” that had more than 100 members and sent money to the Islamic State in Syria, authorities said according to themoscowtimes.com.

Russian police and the Federal Security Service (FSB) uncovered Islamic State cells in 17 regions so far in 2019, a top anti-extremism official said last month. The FSB said Wednesday that it carried out raids in nine regions, including Moscow and St. Petersburg, as part of a criminal investigation into terrorist financing.

Authorities detained a brother-sister pair who operated a group “disguised as a charity” and collected more than 6 million rubles ($92,000) since February 2015, Russia’s Investigative Committee said.

The money was then allegedly wired to the terrorist group in Syria.

The unnamed 25-year-old man and his 30-year-old sister face up to 20 years in prison on charges of facilitating terrorist activity.

The so-called charity, headquartered in Russia’s republic of Kabardino-Balkaria in the North Caucasus, had more than 100 members across the nine regions that were raided, according to the FSB’s statement.