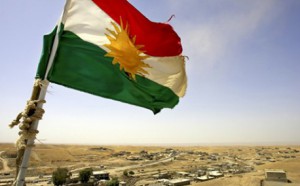 Russia and a leading Kurdish group in Syria are strengthening cooperation in the run-up to UN-led talks aimed at resolving Syria’s civil war.

The Kurdish group, part of Syria’s anti-government forces, has opened a mission in Russia. An opening ceremony was held in Moscow on Wednesday.

Mission members say they will step up calls for Russian support through the country’s political parties and media organizations.

The move comes just before the countries concerned are to meet in Germany on Thursday in an effort to reopen the UN-led peace talks.

Russia has insisted that the Kurdish forces should be allowed to take part in the talks.

But Turkey, whose relations with Russia have deteriorated since it shot down a Russian bomber, is opposed to the Kurdish group’s participation. Turkey insists that the group has ties with what it regards as a terrorist organization in Turkey.

Russian Foreign Ministry spokesperson Maria Zakharova on Wednesday reiterated her country’s position that the Kurdish group should join the talks.

Zakharova told reporters that the group controls more than 15 percent of Syrian territory and is effectively fighting against the Islamic State militant group.

She said it is unacceptable to deprive the group of the right to participate in deciding the future of their country.