You are here: Home / West Asia / Russia sharing information with Taliban against Daesh 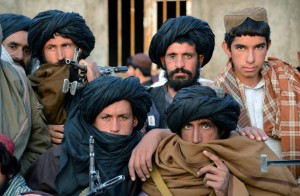 Moscow says it is in contact with the Taliban to counter the threat from the Islamic State, also known as Daesh.

A Russian diplomat said in an interview on Wednesday his country was sharing information with the Taliban against the IS.

In combating Daesh, Zamir Kabulov, Russia’s special representative to Afghanistan, said Moscow and Taliban had a commonality of interest.

The Interfax news agency quoted the senior envoy as saying: “Taliban interests objectively coincide with ours.

“I have said before that we have communication channels with the Taliban to exchange information,” he added.