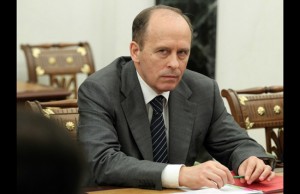 Alexander Bortnikov, the head of the Federal Security Service, or FSB, the main KGB successor agency, said at Wednesday’s security conference that ISIS’ aim is to create a global network of sleeper cells that could undermine the security and territorial integrity of its recruits’ home countries.

He said ISIS efforts are mostly focused on young people.

Bortnikov spoke Wednesday at the opening of a two-day security conference in the Volga River city of Yaroslavl attended by representatives of security agencies of more than 60 nations.

He called for broader international cooperation to track down ISIS recruiters and sleeper cells and undercut the group’s funding base.