You are here: Home / West Asia / Russia says request of military assistance from Afghanistan is at final stage 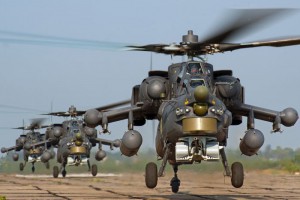 Russian Federation says that the request of military assistance from Afghanistan is at final stage.

Mantytskiy added that Afghan forces should be supplied with equipment and training they need to defend their country.

He rejected speculations that Afghanistan may become a battle ground between Russia and the United States.

“There are so many speculations that Afghanistan is becoming the place of some kind of rivalry between Russian Federation, United States and Western Countries,” Mantytskiy said. “It is just speculation, you should understand…we do not have any hidden goals. We do not want to fight with America for Afghanistan…We want to continue cooperation”.

Russian Ambassador also said that some organizations are publishing news far from truth.

Alexander Mantytskiy urged media to only publish reports directly from their official sources.

A statement provided to journalists during the press conference turned the report far from the truth that Russian bombardment hit a hospital in Syria.

“I can’t describe those who wrote this as journalists, but their inventiveness is truly amazing. I’d like to say that this false story has been planted with a link to the Syrian Observatory for Human Right, which is base in London. It must be very convenient to monitor and report on Syrian developments without leaving London to collect information on the ground. I am going to disavow this information. Please note that the Russian Defence Ministry holds regular briefings, during which it informs the public about the targets of the Russian Aerospace Forces in Syria, that is, the ISIS targets,” the statement undersigned by the Foreign Ministry Spokesperson Maria Zakharova stated.