You are here: Home / Europe / Russia says ‘no secret’ it has military specialists in Syria 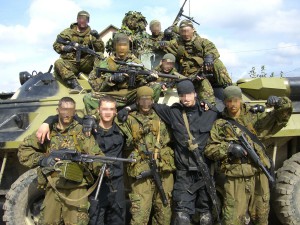 Russia’s Foreign Ministry spokeswoman has accused the West of creating “strange hysteria” over Russian activities in Syria, saying that Moscow has been openly supplying weapons and sending military specialists to Syria for a long time.

The U.S. has expressed concern about signs of a Russian military build-up in Syria, including possible preparations for sending in troops.

Foreign Ministry spokeswoman Maria Zhakarova told journalists Wednesday that “Russia has never made a secret of its military-technical cooperation with Syria.” And she could “confirm and repeat once again that Russian military specialists are in Syria to help them master the weapons being supplied.”

President Vladimir Putin and other Russian officials also have confirmed in recent days that Russia has military experts in Syria to train its military on how to use Russian-supplied weapons.