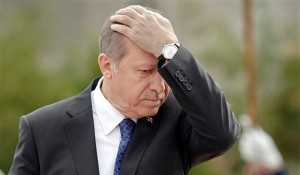 Russia doesn’t consider the Kurdistan Workers’ Party (PKK) of Turkey and the People’s Protection Units (YPG) of Syrian Kurdistan as terrorist organizations, an official said according to ekurd.net .

The Russian Foreign Ministry’s Fourth European Department Director, Alexander Botsan-Kharchenko, said during a press conference that neither the PKK nor the YPG are in the list of terrorist organizations in Russia, the Turkish language branch of Sputnik News Agency reported.

According to Russian news agency, Sputnik, Botsan-Harchenko told reporters that “these organisations are not in Russia’s terrorist organisations list. This is the reality”.

The official also said, “we look at every specific incident independently and deem terrorist actions according to the facts and depending on the results of an investigation.”

The PKK took up arms in 1984 against the Turkish state, which still denies the constitutional existence of Kurds, to push for greater autonomy for the Kurdish minority who make up around 22.5 million of the country’s 79-million population.

The PKK is considered as ‘terrorist’ organization by Ankara and U.S. The PKK continues to be on the blacklist list in EU despite court ruling in 2008 which overturned a decision to place the Kurdish rebel group PKK and its political wing on the European Union’s terror list.

However, Russia, Switzerland, India, China and the United Nations do not list the PKK as a terrorist organization.

Turkey also views the Syrian Kurdish YPG as a terrorist organization due to its links with the PKK. Turkey fears the creation of an autonomous Kurdish region in Syria — similar to the Kurdish region in Iraqi Kurdistan — would spur the separatist ambitions of Turkey’s own Kurds.

The previous U.S administration on the other hand viewed the YPG more favorably due to the Kurdish group’s successful fight against Islamic State (IS) militants in Syria.

Washington regards the Kurdish YPG of Syrian Kurdistan as key ally against Islamic State and the most effective fighting force against IS in Syria and has provided them with arms, air support as well as the military advisers. The Kurdish militia has seized swathes of Syria from IS.

In 2013, Syrian Kurds have established three autonomous zones, or Cantons of Jazeera, Kobani and Afrin and a Kurdish government across Syrian Kurdistan (northern Syria) in 2013. On March 17, 2016 Syria’s Kurds declared a federal region in Syrian Kurdistan.

Syrian Kurds on Dec. 30, 2016 have approved a blueprint for a system of federal government in Syrian Kurdistan, reaffirming their plans for autonomy in areas they have controlled during the civil war.