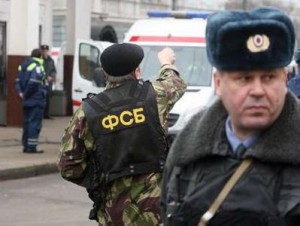 The Russian intelligence agency says it has arrested four people and foiled extremist attacks allegedly orchestrated out of Turkey.

The FSB said in a statement quoted by Russian news agencies that its officers on Thursday arrested citizens of the former Soviet republics of Moldova and Tajikistan who were “planning a series of high-profile terrorist attacks in Moscow with the use of improvised explosive devices.” They say the attacks were plotted by a Turkey-based warlord of the Islamic State group who is wanted in Tajikistan for unspecified crimes.

The agency said it made the arrests in and around Moscow and found automatic weapons and ammunition as well as unspecified explosives.