You are here: Home / MidEastGulf / Russia says ‘hotline’ with Israel set up to avoid Syria clashes 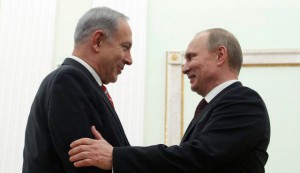 Russia’s defence ministry said that its forces in Syria had set up a “hotline” with Israel’s military to avoid clashes in the sky over the war-torn country.

“Mutual information-sharing on the actions of aircraft has been established through a hotline between the Russian aviation command centre at the Hmeimim air base and a command post of the Israeli air force,” ministry spokesman Igor Konashenkov was quoted as saying by Interfax news agency, adding that the two sides were undergoing training on how to cooperate.